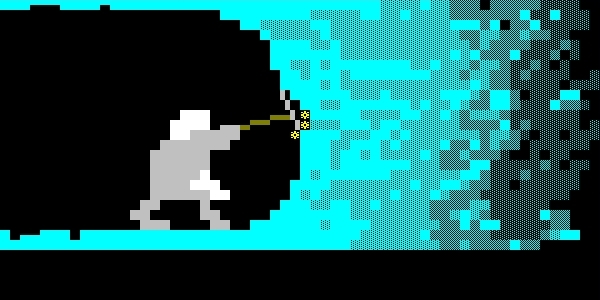 The good news is that we have a new artifact. Sulus Nentuk, a granite figurine. And its creator is now a legendary craftsdwarf. The bad news is that the cave crocodile killed both hunters tasked with killing it. We will need more coffins. And some new hunters. This is a mess, and there aren’t any goblins involved. Usually I would have lost the fortress at this point to a goblin invasion while lacking a sufficient military force to repel them (which was kind of my plan, to provide both an end for this fortress as well as a lesson learned for the next). This time all we lose are some dwarves to a crocodile. To make things worse, said crocodile has disappeared from the unit screen – it is no longer on the explored, viewable part of the map. The beast will most likely lick his wounds, heal and come back for us… While other projects continue to fall back behind schedule, we rush the hospital a bit. Previous encounters with Killer Krok proved to be deadly, but there might be future encounters resulting in wounded. The hospital area is nothing more than a bunch of rooms which will be furnished with beds, tables (as in “operating tables”) and traction benches for the treatment of complicated fractures. Additionally required is some administrative furniture (“chests”), thread for surtures, cloth for bandages, splints to set bones, crutches for those with permanently disabled limbs, gypsum (?) for casts, soap and buckets for cleaning and bringing water to the patients. The rooms will of course be smoothed before use. And we need more tables. I would be extremely happy if one of my masons would finally come around and finish this construction. I planned to discuss is when it is finished, but I don’t see it getting done this season. Which would make for an extremely short post, which is never a good idea.
So, what is going on here? The device is called a dwarven water reactor, also referred to as the watery death of frame rate or a blatant abuse of the physics engine. Left and right of the unfinished pump are two water wheels, and most of you probably know by now where this is heading. The double lines are axes, here in yellow due to the use of fungiwood in construction. The stars are gear assemblies, and the “o”s at the end of the axes are millstones. Millstones, as opposed to querns, cannot be operated by hand an require an outside power source: windmills or waterwheels.
The reactor abuses a design factor in the mechanics: each machine requires a certain amount of power, and each engine produces a certain amount of power (depending on weather conditions in case of windmills). A single waterwheel produces more power than a pump draws, so we can use a pump to lift water up a level and let it run over the wheel powering the pump. The lower level of the assembly looks thus: The working part is the 3-1-3-tile channel (water can flow diagonally) blocked by floodgates, which will be flagged as a pond when the pump is finished. Our citizens will grab buckets and fill it up. A single pump operator will work the pump to get the water flowing, being pumped up from the single tile in the middle. And suddenly: free energy. I still wonder why the energy industry doesn’t use this simple-yet-efficient system, but it has probably something to do with the inevitable breakdown of the frame rate when more than one of those is running – and even one will probably mark the end of playability of the fortress on my netbook.
But maybe we wont get that far: Most of the forgotten beasts I’ve encountered previously were not overly aggressive (and most were-beasts), but I doubt that this three eyed-alligator will be even remotely tame. We could just seal off the whole area and wait it out, but where would be the FUN in that? Let’s order our last hunter to attack this one instead. What could possibly go wrong?
Well, for starters, the beast is on the second cavern level. We haven’t breached it yet, and I wont do it now just to have this thing rampage through Ringstaff. No FUN today. As our mayor didn’t like the statues in his bedroom enough to call it “decent”, we have placed an engraving in there. The tile in the middle. Here’s what it is: Other engravings will show other scenes from history and from our own fortress. For example, some scenes of a certain crocodile reducing our population might show up. Which would be pretty epic.
The remainder of the season is spent placing a new stockpile for live animals (behind the kennel) and a new refuse pile and garbage dump within our walls. And, last but not least, the uppermost level of the great dining hall is finished. As soon as the walls and pillars are smoothed, we will move down a level and expand. That’s it for now – see you all next week.