I have read a book. As the interested reader might have guessed by now, it is “Great Naval Blunders” by Geoffrey Regan, a book about “history’s worst sea battle decisions from ancient times to the present day”.
This thing got on my list when our favourite gnomish overlord, The Mighty Jingles, read, or rather retold, the books opener “The Voyage of the Damned” on Mingles with Jingles Ep. 143, starting at 16:10 – which is the story of the Imperial Baltic Fleet, sent to the pacific to fight the Japanese. The amount of hilarity ensuing from geography alone gives a tiny glimpse into what is about to happen, and it only gets better from there.

So, expecting more like that, I went along and bought it.
It is… something different. More true to the title. It usually holds less absurd hilarity and way more tragedy, born from anything from faulty equipment, gross misinterpretations of the situation, administrative meddling, Admiralty unable or unwilling to understand technical or operational situations and, of course, sheer incompetence.
For those with any interest in naval history or history of warfare, or looking for a wide array of cautionary tales: this might be a book you want to look at.

However, it feels like a quite britain-centric book. One reason for that might be the long tradition of Her Majesty’s Navy, the traditions of Her Majesty’s Navy and with that the expectations weighting in on Her Majesty’s naval personnel and the organisational structure of Her Majesty’s Navy.
Next on the popularity list are the Germans, with some stints by the France, the Spanish, the Americans and the Turks. This list is not exhaustive, but those are the major players staying in mind.
Also, tales told end with the Second World War. Given the fact that it was written in 1993, this is a bit sad – on the other hand, I would totally accept the excuse that Regan didn’t want to cross commanders still alive enough to complain about their place in the book.

The book comes with two times eight high-gloss photo pages, illustrating some of the stories and giving faces (or ships) to the mentioned names. The print quality is good, but nothing extraordinary, and with the hardcover well worth the price of 15,99€.

To force myself to produce some content from August on, here are some things I might have something to say about. YMMV.

END_OF_DOCUMENT_TOKEN_TO_BE_REPLACED

A nice evening, and a happy new year to all three of you.

MOTY: Mad Max Fury Road
Honorable mentions to Inside Out and Kingsman: The Secret Service

BOTY: The Martian
Two more recommendations, even if I haven’t finished either so far: Debt – the first 5000 years and Leviathan Wakes (Exodus 1)

Another honorable mention goes to the graphic novel Sunstone, which is ongoing on DeviantArt. So far I’ve read the first two collected volumes, and it could get way worse before even remotely getting bad.

Have a good time.

END_OF_DOCUMENT_TOKEN_TO_BE_REPLACED

First of all, if any one of you happens to have a job to offer within the space sector, tell me. I’m getting desperate here.

In blog news: I finally shall do the long announced Life is Strange-post. I’m writing this to build up some pressure to actually do it. You may pester me. It might even work.
In other gaming news: I finally came to terms with the fact that I wont ever finish Arkham Asylum. I rage-quitted after repeatedly failing to win the final fight, and to retry after quite some time would be pointless. Hello there, Arkham City. Depending on how much this will annoy me you might expect more or less content.

Also, I decided to (finally) try the Great War for Napoleon: Total War.  And I intend to Let’s Fail it.
It works, as in “I installed it and it starts”. I took a look around and I have no idea what’s going on. The game starts in early August 1914, with two turns per month. There’s an extensive techtree, a whole lot of buildings I’ve never heard of, and in general a whole load of new content. We’ll see how it works out. Also, I have a long standing problem with Empire (of which Napoleon is an expand-alone) regarding machine guns. If this carries over, this thing will trainwreck even harder than I could manage by inability alone.
I will do the Russias, I have no idea when I will start, nor how the update schedule will look like. Summer is coming.

So, what is going on here? Right: nothing.

But what’s going on in general? Read and learn.
First of all, I’m still looking for a job. It still sucks. But there’s another interview coming up Thursday. Also, I finally started going to the gym. Let’s see how long this lasts. And I’m now a proud owner of a so-called “smart phone”. Why? To get rid of my netbook for yt and e-mail and a calendar while travelling. This thing has three more cores than my old netbook, and every one of them is faster than the one in there…

And now for the things you’re here there are several things I currently play or have played in the recent past.
END_OF_DOCUMENT_TOKEN_TO_BE_REPLACED 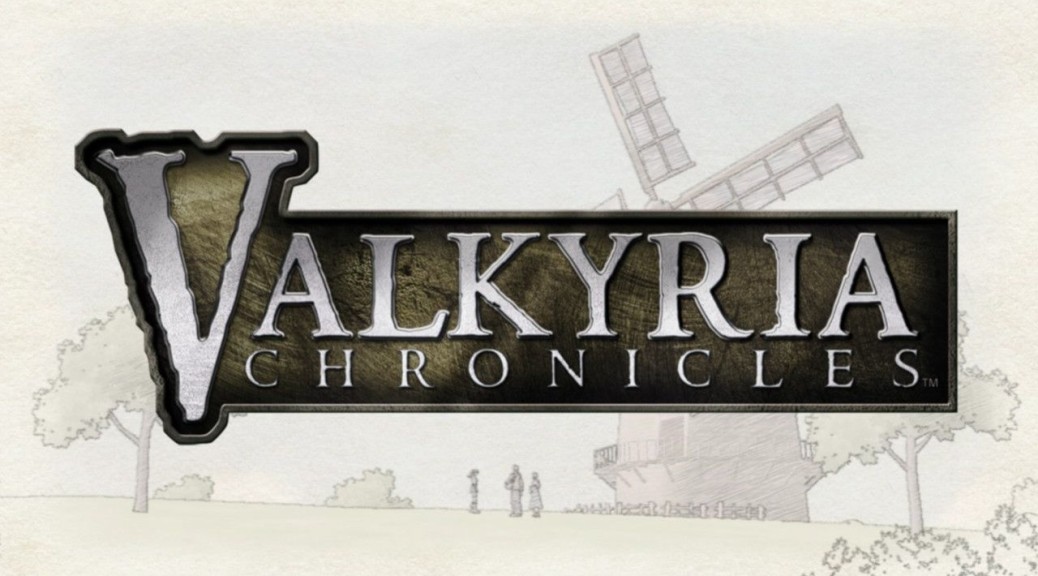 It has recently come to my attention that SEGA moves quite aggressively against usage of its content on youtube. The last thing I currently want is trouble for using their material, which is why I decided to scrap the Let’s Play.

I haven’t got any material in the queue to overcome this sudden silence, but the blog will return eventually – there WILL be some kind of review for the Chronicles, for example.

Lessons learned for the VC-LP: it’s rather hard to make an interesting series based on such a game. Most of it was story retelling with the occasion fit of WHAT THE F*** ARE YOU DOING AND WHY? The battles are fun to play but a chore to retell, and I don’t think the retelling was all that interesting. I didn’t know what I was getting myself into, but know I know.

As of now (chapter 8), I still recommend Valkyria Chronicles – grab a copy and see for yourself.

The picture-issue should be resolved. Should some more or other problems arise, please contact me.
Furthermore, The Bioshock Infinite-series ends in a few days. There might be a break afterwards, as my free time is rather limited at the moment. Should circumstances require a prolonged break, you will be informed. I have no idea how things will continue here, but I’ll poke around some new (as in “previously unplayed”) game in the next days. At least that what I planned…