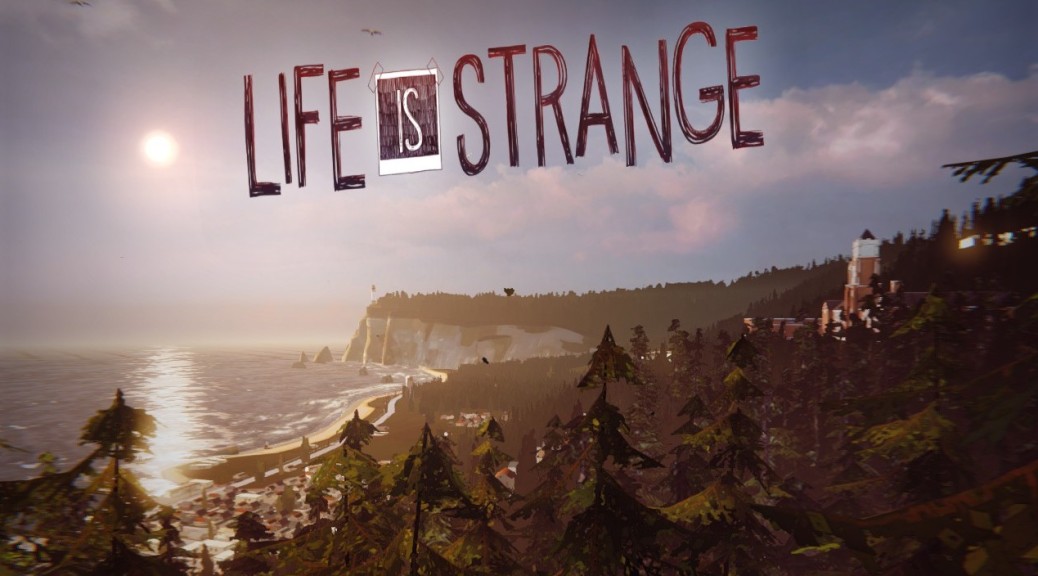 Disclosure: I never before played a Telltale-esque episodical  like The Walking Dead or any other choose-what’s-happening-next make-your-own-adventure-game-thingy. I first-timed a sort of game that’s been out there for years.
Also, this post is, as I’ve already said, not very reflected. I’ve been hit over the head with a colourful brick of awesomeness – repeatedly – and I have to get this out of my system. This is praise, not a review or a LP.
Horrible food-analogies will begin after the break.
There are games that are like fast food. A new few-hours-of-flying-bullets dudebro-shooter every year. Fun from time to time, but not really something for every day. Multiplayer experience not part of the rating.
There’s your everyday food, making up most of your calories. The things you know, the things you eat regularly. Those games come in all shapes, varieties and qualities.
Then there’s holiday-food. Complex, heavy and hard to get right. 80-hours RPGs.
And then there are days when you try something you’ve never tried before, and it is just glorious. A full rich taste never experienced before. Something so good, so well-done that you just sit there after you’ve finished, thinking about what the fuck just happened.

Life is Strange, by Square Enix, did exactly this to me.
This game feels right. It feels like the devs did exactly what they wanted to do. The world feels real, as do the people in it. The protagonist’s superpower of turning back time integrates seamlessly into it. It is fun to just walk around and explore the levels, click on everything and see what Max has to say about it.
The characters are well-written. They act credibly. So far, it feels like most of them actually has his own motivation to act, a motivation going further than “this one is that stereotype”. Then there are some who hadn’t enough screentime to establish anything like that. Sadly, those are the main antagonists.
Every place in the game feels good. The school, the schoolyard and the dorm, the home of Chloe’s parents, all locations feel right. Lived in. Non-sterile.
Max’ superpower of rewinding time is a very interesting mechanic. Let’s take this action back and do something different. Hm. No. Rewind again. Better. What just happened? That can’t be good – rewind and act. I just did something incredibly stupid. Rewind. Something I’d really like to have in real life some days. On the other hand… no. I’d rather not have it.

And this game looks great. I like the art style, especially the cartoony overlay for interactive objects. The animations are well done. The world is colourful (as opposed to brown-in-brown-shooters). There’s contrast. The soundtrack is fitting.

The game is not totally without fault, however: there was a moment where I just wanted to change scenes again to tell another character something, but I first needed to grab the tools I was looking for. And then I couldn’t even talk about it. The dialoque came up later, at the end of the episode. I understand the design decision behind it (or rather: I imagine to do so), but it still felt strange.

Anyway: you just read a huge amount of incoherent rambling about how great the game is. Go grab a copy and see for yourself. I’ll give Ep. 2 a go tomorrow and keep you up to date afterwards.
For a less fanboy-ish coverage, I recommend Errant Signal.